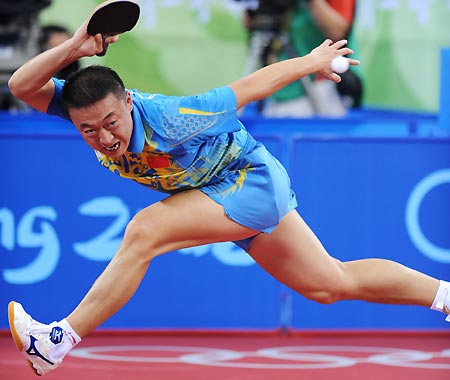 The charismatic Ma Lin of China, who was without a Pro tour Table Tennis title since May 2008, clinched the Volkswagen China Open 2011 title beating Ma Long in the finals.

The biggest upset in the tournament was the defeat of the newly crowned World Champion, Zhang Jike by Seo Hyun Deok in the pre-quarter final round.

Ma Lin is the reigning Olympic champion, but is not eligible to defend his title at the London Olympic games of 2012.
Posted by Menas Jagadish at 3:02 AM