The following is the schedule of the Pune District Prize Money tournament to be held at Deccan Gymkhana, Pune from Oct 01 to Oct 03 2010. The main sponsor is Godrej Properties. Please click the Image to see it in bigger size.

The tournament has attracted a record number of entries and International players like Aniket Koparkar and Martand Biniwale are also expected to participate. Other prominent players include national level players like Rohit Chaudhari, Shubhankar Ranade, Upendra Mulye, Devika Bhide, Sruja Bhat, and Manasi Chajjed. The matches will be played at the State of the Art newly inaugurated hall in the new wing at Deccan Gymkhana campus. The Chief Referee of the tournament will be Mr. Madhukar Lonare. 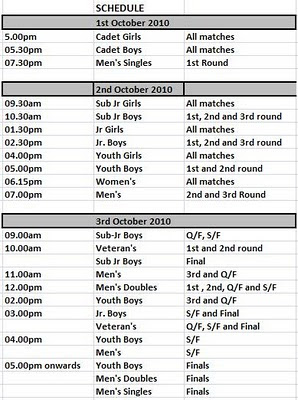 Meanwhile, here is a photograph of the talent at Deccan Gymkhana. 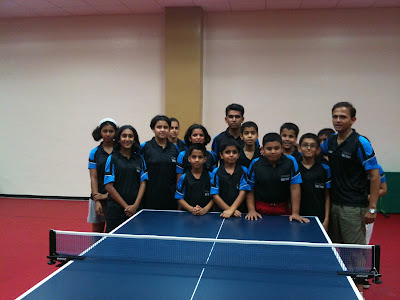 Posted by Menas Jagadish at 1:13 AM No comments: Links to this post