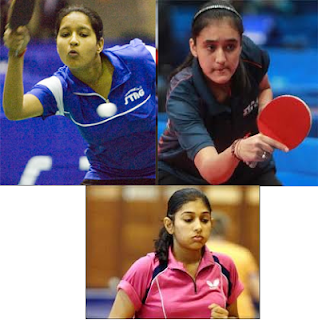 Delhi women's team led by International and Olympian Neha Agarwal, beat defending champions Maharashtra A in a thrilling match to march on to the finals. Neha was ably assisted by Manika Batra, who had earlier put up a sterling performance against West Bengal. Delhi won 3-2. In the other semi-finals, PSPB beat Tamil Nadu 3-0. PSPB is on track to retain the title that they lost to Maharashtra A in the last nationals.

In the Men's singles, the world class team of PSPB reached the finals in commanding fashion by beating Haryana 3-0. Haryana, led by experienced Rajiv Ghai made history winning a medal in the nationals, so it was a good ending for them.