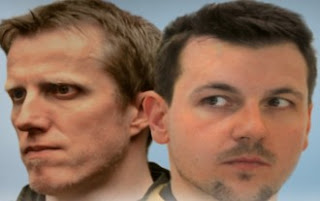 A Ping Pong documentary (Die Chinesen Europas) featuring Timo Boll and the German team that won the silver medal at the Leibherr World Championship at Dortmund was premiered at Savoy in Dusseldorf.

The director of the documentary Milan Skrobanek has also produced other documentaries on Football and Handball. He spent months with the German National team understanding every aspect of their preparation and actual competition.
Posted by Menas Jagadish at 4:17 AM