Sharath, Shamini are the Champions 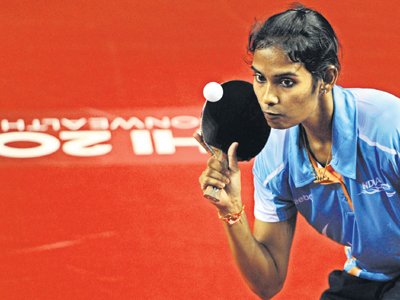 A Sharath Kamal and Kumaresan Shamini won the Singles titles at the 72nd Nationals.

While Sharath had to toil from the brink of defeat, Shamini won more comfortably. World No. 40 Sharath was down 3-2 and down 9-7 in the 5th game when Soumyadeep Roy (ranked 245) gave away 4 points playing erratically. Sharath played solidly in the decider to seal the deal.

This was Sharath's 5th straight National title, which is a record. On the other hand, the cool and calm Shamini won her 2nd title.
Posted by Menas Jagadish at 7:49 AM