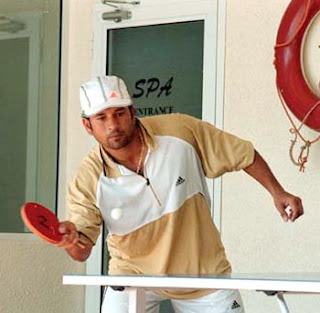 Sachin sharing your passion
We all know that Table Tennis is a hugely popular sport, played in over 200 countries around the world. Did you know that Sachin Tendulkar, Salman Rushdie, Vladimir Putin, Prince Charles, Bill Clinton, Hu Jintao and many others share this passion?

We will share some names and photographs on this Web site.

Posted by Menas Jagadish at 2:33 AM