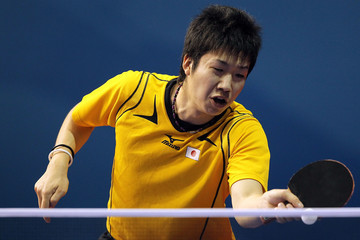 The prodigiously talented Jun Mizutani has broken the Japanese national title record by winning the country's highest Table Tennis title for the 5th time. By doing this, he broke the record held by Fujii Norikazu and Saito Kiyoshi who won the titles in 1946-49 and 1982-85 respectively.

21 year old Jun is currently ranked 7th in the world, the highest he has reached in his young career.
Posted by Menas Jagadish at 2:16 AM