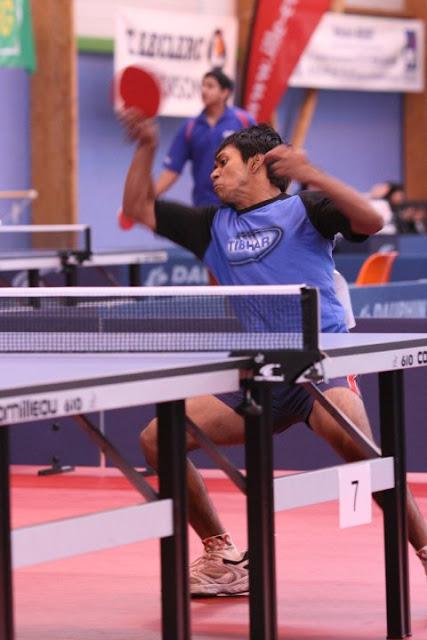 Sourav executes his powerful forehand topspin stroke
Sourav Saha is one of the most promising youngsters India has produced in the recent years. He was always in the shadows of Sathiyan, Soumyajit, and Harmeet for a while, but his performances this year in the Senior section have brought him applauds. With this, he has proved that he does belong to the elite league.

Sourav adopts a fast paced game and combines it with tremendously quick movement around the table. He does not hesitate to take risks and goes into an all out attack no matter who the opponent is. His double flanked attack helps him dominate his rivals in age categories as well as in the Men's section.

Ambition: To win a medal for India at the Olympics

Best win (a tournament): Cadet National Championship
Posted by Menas Jagadish at 11:00 AM