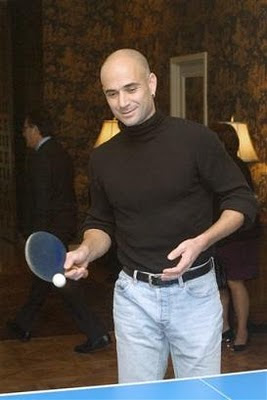 Wikipedia: At age 13, Andre was sent to Nick Bolletteri's Tennis Academy in Florida. He was meant to stay for only 3 months because that was all his father could afford. After ten minutes of watching Agassi play, Bollettieri called Mike and said: "Take your check back. He's here for free," claiming that Agassi had more natural talent than anyone else he had seen.

Achievements: 8 Grand Slams, 1 Olympic Gold. Only one of two players to achieve a career Golden slam (tied with Nadal)