Olympian Soumyajit Ghosh, fresh from his double-crown winning performance at the recdently-concluded National Ranking (Central Zone) Table Tennis Championships at Jodhpur, will spearhead the Indian challenge at the Egypt Open, beginning in Cairo from tomorrow. 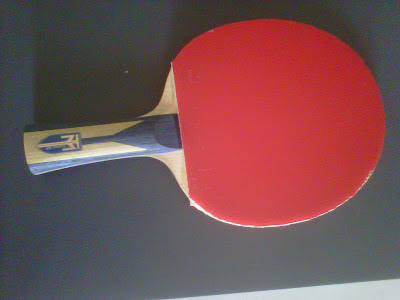 He will have for company in the men’s section, Soumyadeep Roy, Jubin Kumar, Sanil Shetty, Harmeet Desai and G.Sathiyan while it will be Poulomi Ghatak who will lead the women’s team at Cairo along with K. Shamini, Olympian Ankita Das, Divya Deshpande, Mousumi Paul and Mamata Prabhu.
They were picked to represent the country after their consistent performances at the Inter-Institutional TT championships in Kolkata in August, the season opener, and the two zonals—the South Zone meet at Bangalore early last month and Central Zone event at Jodhpur last week.
The national selectors, who were at Jodhpur to pick the squad for the December World Junior Championships to be held in Hyderabad, decided that before the Junior Worlds the Egypt Open, which is a Euro-Africa circuit event, which is between October 4 and 7, will serve as a good exposure to the Indians.
“This is one event where paddlers from both Europe and African and Asian nations will compete and will be a good experience for our paddlers,” said TTFI secretary-general Dhanraj Choudhary.
The team is accompanied by coaches S. Raman and Vijayasarathi Seshadri, who is attached with the Sports Authority of India.
On the eve of the departure, the team members exuded confidence of a good performance. And coach Raman said the “Egypt Open has proved to be lucky hunting ground our paddles in the past and I hope they do put their best foot forward in the event.”
The team: Men: Soumyajit Ghosh, Soumyadeep Roy, Jubin Kumar, Sanil Shetty, Harmeet Desai and G. Sathiyan.
Women: Poulomi Ghatak, K. Shamini, Ankita Das, Divya Deshpande, Mousmi Paul and Mamata Prabhu.
Coaches: S. Raman and Vijayasarathi Seshadri.
Posted by Menas Jagadish at 12:25 AM