China to set up Table Tennis Center in Europe 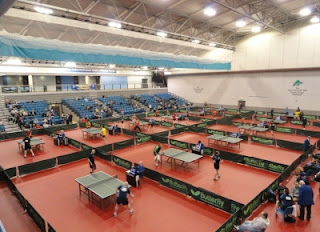 The no. 1 force in World Table Tennis, China, will set up a Table Tennis training center in Europe to help in developing the sport.
England's national coach for over 20 years, Liu Jiayi, expressed hope that they will set up the center in England and said that they were in advanced talks with the Chinese Table Tennis Association (CTTA).
Liu is the former coach of the Chinese and English national player Chen Xinhua. Richard Yule, CEO of English Table Tennis Association (ETTA) and Liu went to China for talks.
China is eager to raise the playing level of the sport in countries other than China. CTTA and the Table Tennis College of Shanghai Sports University first thought of the idea. China will provide financial and coaching aid for the training center.
Yule prefers Sheffield as the best location in England, where the English team trains.
In addition to setting up the training center, they are keen on bringing in World class Chinese players to England and also send English players to China for competitive reasons.
Yule was of the opinion that setting up the center in Sheffield will also help the Chinese players reach out to a wider audience and make Table Tennis more popular. He felt that the Chinese players need to communicate with the Western world more frequently and promote Table Tennis. In the bargain, they will improve their English, he said.