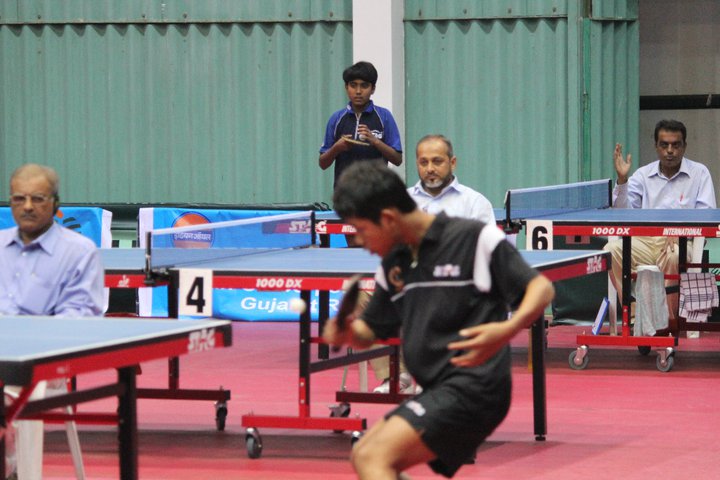 Lalrinpuia executes a delectable backhand chop
Lalrinpuia is fresh from the recent success of having being crowned the Sub Junior National Champion of India at Indore. He was consistent throughout the year, but not bagging a single zonal title. His best was a final at the East Zone. But what a way to end the year!

The finals at the Sub Juniors seemed to be destined to end the same way, with the favourite, Utkarsh Gupta leading by 3-1 and also commandingly 5-1 in the deciding game. But Lalrinpuia true to the style he adopts (chopper), fought back like his hero Joo Se Hyuk and clinched a thrilling match that went down to the wire.

After Abishek, Lalrinpuia is India's next big promising defence player. He has miles to go but his clinical style even at this age, is enough for us to be proud and hopeful of bigger things to come.

Best win (a tournament): Again, over Utkarsh from 3-1 down and being down 5-1 in the decider.
Posted by Menas Jagadish at 11:14 AM