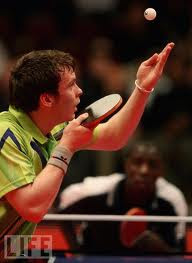 M Jagadish
Andy Hunt, CEO of the British Olympic Association (BOA) wants the Table Tennis players to prove themselves before they travel to the Olympic games of 2012.

The British players are training hard from the last couple of years to make their Olympic dreams come true. Hunt hinted that a decision on the Table Tennis Players' inclusion in Britain's Olympic squad is still pending.

Hunt was speaking to BBC. He was not convinced with the presentation and wants a few more questions answered and some more information from the officials.

There is still no date for the decision by BOA regarding the Table Tennis players' automatic inclusion.

(Players in the pictures are Paul Drinkhall and Darius Knight) 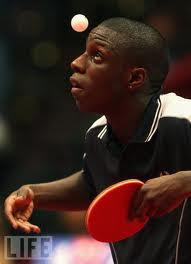 Posted by Menas Jagadish at 3:28 AM