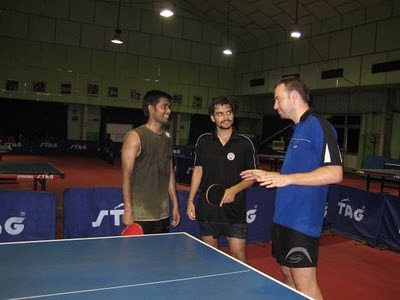 Zubin (Center) in an earlier photo
Zubin Kumar played a stellar role in his team's last two encounters in the Spanish league. Zubin won all his four matches to star in Tramuntana Figueres's wins over C N Mataro Quadis and Caja De Burgos.

With this, Tramuntana leaped to the top spot in the Men's Honor division.
Posted by Menas Jagadish at 11:23 AM