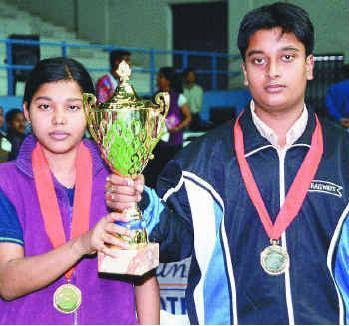 While Sourav coasted to a 4-2 win over the relatively inexperienced Soumyajit, Mouma held her nerve and beat back Mamta's challenge 4-3.

Harmeet Desai asserted his growing stature on the domestic scene beating G Sathiyan in the Youth Boy's finals. Pooja Sahasrabudhe beat Divya Deshpande in a daring comeback from 3-1 down.
Posted by Menas Jagadish at 11:01 AM