Timo Boll runner-up in German Athlete of the Year Poll 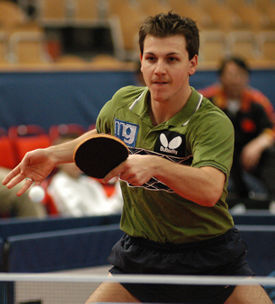 Timo Boll came second in the race for Germany's athlete of the year. Sebastian Vettel topped the poll in which 1,300 journalists participated. The event was held at the ZDF Gala evening in Kuhaus, Baden Baden. Golfer Martin Kaymer finished third.