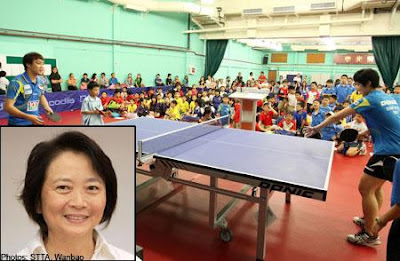 Lee Bee Wah was re-elected at the Biennial General Meeting as the President of the Singapore Table Tennis Association (STTA). This particular term lasts until 2014.

During her stint as the STTA president, Singapore has won medals at the 2008 and 2012 Olympics, defeated China to win the 2010 World Team Championships.

Low Yen Ling will be the deputy president.