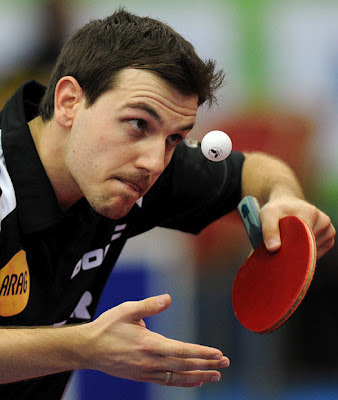 Werder Bremen and Borussia Dusseldorf both won their second group matches in the Champions League Table Tennis (Tischtennis) Championships. Both the teams that compete in the Bundesliga are on course to move to the quarterfinals.

FC Saarbrücken TT plays Fakel Orenburg. German star Ovtcharov, who won an unprecedented two medals at the Olympics, will turn out for Fakel Orenburg.
Posted by Menas Jagadish at 11:46 PM