Sharath to face qualifier in round 1 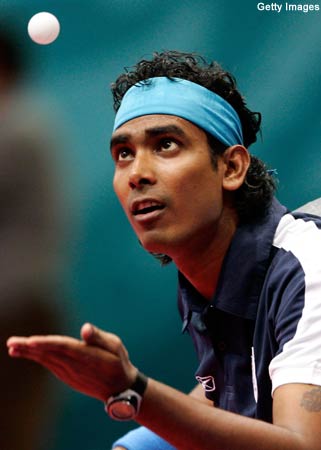 India's pride and joy of Table Tennis, Sharath Kamal, will open his campaign at the Spanish Open against a qualifier. Sharath is seeded in the 9-16 bracket.

There are some dangerous floaters in the qualifying groups such as Alexander Shibaev, the youth in great form, or Keinath Thomas, Sharath's nemesis (finalist at the US Open where Sharath won after a hard fight).

If Sharath is lucky to reach the quarter-finals, he will face the world's premier chopper, Joo Se Hyuk (2nd seed).

Sadly, it appears that none of the Indian players, barring Sharath have made an appearance at the tournament. India had given 13 entries to the pro tour tourney.
Posted by Menas Jagadish at 1:41 AM