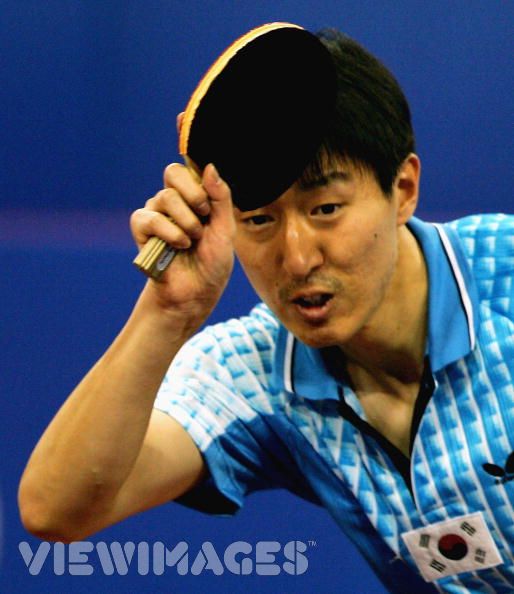 Samsonov, who leads in their head to head meetings so far, could not produce his usual magic to the contest. Oh Sang seemed to be determined to take one of the rare opportunities to win a prestigious Pro Tour title.

In an earlier round, Lee Jung Woo beat team-mate and second seed Joo Se Hyuk 4-0(!) in the quarterfinals, which was a major upset and that too with a lop-sided score. Another notable achievement was that of Christophe Legout, the elegant veteran French player, who reached the quarter-finals. Earlier, India's Sharath Kamal bowed out in the 2nd round of the main draw.
Posted by Menas Jagadish at 2:19 AM