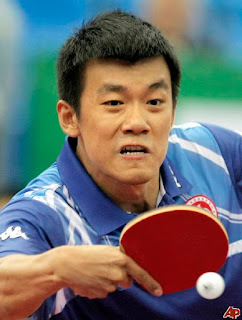 Team Hong Kong defeated higher ranked Japan to advance to the semi finals of the Olympic Table Tennis team competition, where they play Korea Rep. Tang Peng was the hero of the Hong Kong team. He beat highly seasoned Seiya Kishikawa and young Koki Niwa. The other fancied teams duly advanced to the last four stage. The match between Timo Boll's Germany and China is keenly awaited.

Earlier, in the first round, the highly politically sensitive Korea Rep vs Korea DPR ended in a victory for the 2nd seeds Korea Rep 3-1.
Posted by Menas Jagadish at 1:27 AM