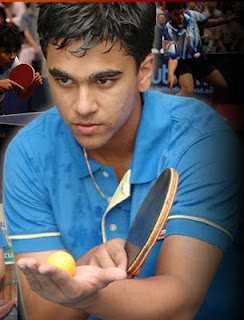 Although a couple of games were hard fought, Bhushan had real chances only in the first game. After he let that opportunity slip, it was Koparkar all the way.

In a hard fought Youth boys finals, Chinmay Datar of the host team, claimed the title beating the gritty Amish Karamchandani of Deccan Gymkhana. The match went all the way to the last game and the last two points decided the title. Amish had the edge throughout but Chinmay breasted the tape first.
Posted by Menas Jagadish at 8:00 AM