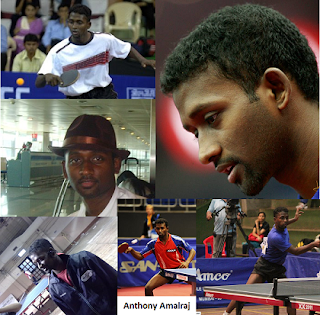 India's National Champion Anthony Amalraj, had a good performance at the recently concluded German Open tournament (won by Olympic medallist Ovtcharov who best Timo Boll). Amalraj lost in the 2nd round of the main draw to the eventual winner. Sharath Kamal lost to Fedor Kuzmin. Amalraj had topped his qualifying group and beat two good players in the main draw, including 84th ranked Simon Gauzy, the talented Frenchman.
Posted by Menas Jagadish at 2:51 AM