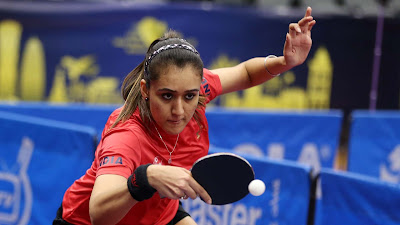 Manika is a star sports person who is fast becoming a household name. For those who are not already aware, so who is this new Star on the horizon of Indian sports, Manika Batra?

Manika Batra is a Table tennis player from Delhi who has catapulted herself and her sport into the limelight. She won the most medals as an individual from India at the Commonwealth games at Gold coast in 2018.

Manika is attracting increasing attention in India as Prime Minister has shown his appreciation for her international achievements. He tweeted about her medals at the Commonwealth games and recently sent her a fitness challenge, which was also sent to H D Kumaraswamy (Karnataka Chief Minister) and IPS officers.

Manika will be in action at the Ultimate Table Tennis Challenge league, which starts at Pune from 14th of June, 2018. This is the second season of the league.