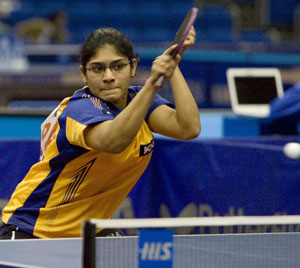 The 5th State Ranking Table Tennis Tournament of 2016 is being held at Thane's Raheja Complex, which is located opposite to Raheja Gardens. The tournament started on 3rd October and runs until 7th October 2016.

After this, the state season ends with the State Championships to be held at the Balewadi stadium at Pune from 18th to 23rd October.
Posted by Menas Jagadish at 5:13 AM