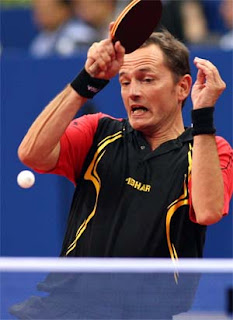 Jean-Michel Saive, who until recently was battling against youngsters half his age on the International Table Tennis circuit, announced his retirement at a press conference at Brussels.

Photo courtesy of the ITTF.
Posted by Menas Jagadish at 1:43 AM