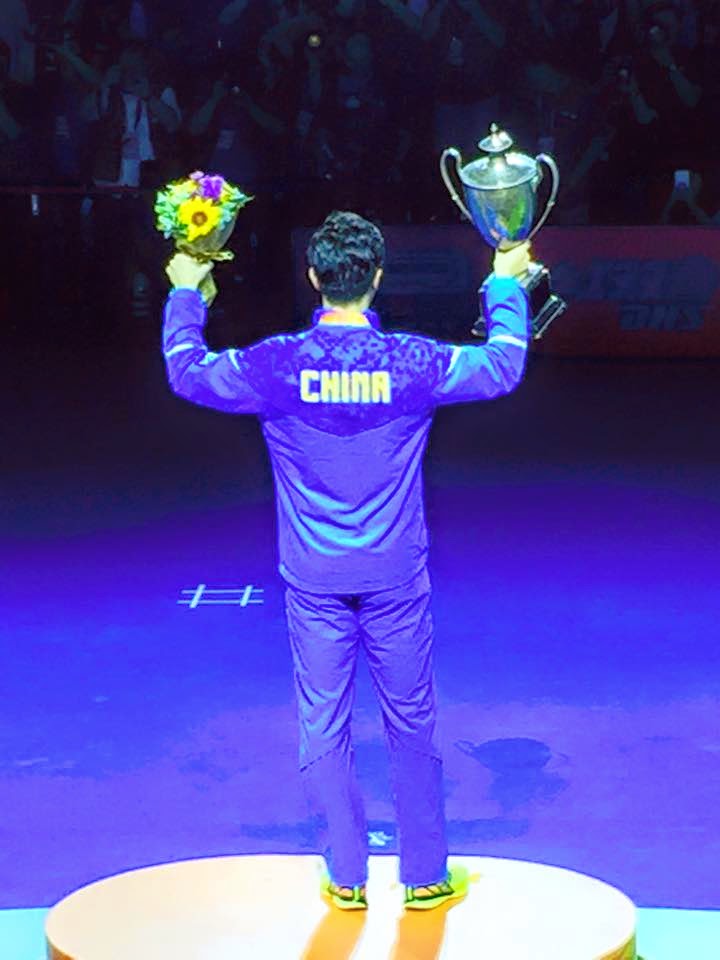 Ma Long is the World Champion. Incidentally, he is also the World No. 1.

Earlier in the Championship, Ding Ning won the Women's final.

Photos courtesy of the ITTF and Rajeev Sharma.
Posted by Menas Jagadish at 8:54 AM