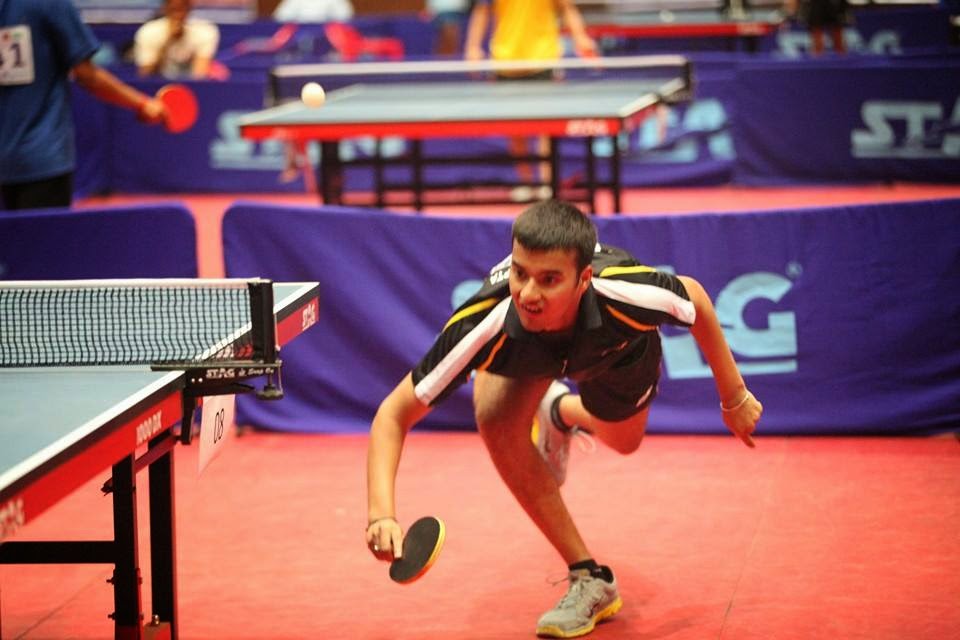 Unreal click of Utkarsh Gupta in action trying to retrieve an edge ball at the Central Zone National Ranking Table Tennis Tournament at Indore. Clicked by the enthusiastic Prasad Naik. The photograph has been hand picked to be published in the newspapers!
The tournament is being held in the Abhay Prashal stadium and organized by Jayesh Acharya and his dynamic team. Great facilities, great hospitality. Table Tennis right from the heart.
Most of the matches have reached the advanced stages. The semi finals and finals of the senior sections will be played tomorrow.
Editor

Posted by Menas Jagadish at 7:16 AM