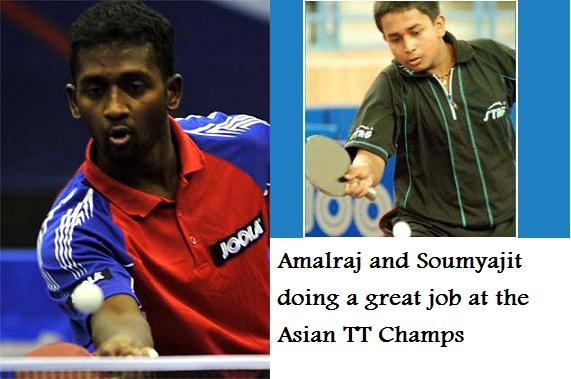 Anthony Amalraj was the star of the Indian team at the Asian Table Tennis Championships including in the Quarter final. Facing Chinese Taipei and with the prospects of an unprecedented medal, Amalraj won two rubbers against higher ranked opponents, but his team mates could not finish off their rivals.

Earlier, Amalraj shone against the Iranians too and young Soumyajit Ghosh won the decider against a very experienced opponent.

The Women too did well to reach the Champions group and the Quarterfinals, where they lost to the formidable Chinese team.
Posted by Menas Jagadish at 2:42 AM